After Tyson Fury’s dismantling or Deontay Wilder, he has, in many people’s minds, cemented his legacy as the greatest heavyweight of his era, although some may argue that he needs to defeat Anthony Joshua before he can accept this status.

Tyson’s first sign of greatness was in his fight with Klitschko. After 12 rounds of slick boxing from Tyson, he found himself the unanimous winner of the bout and the undisputed heavyweight champion of the world. The fight showcased Fury’s unparalleled movement, with Klitschko finding himself unable to land much of note throughout the whole fight. Fury out struck Klitschko and displayed a defensive masterclass absorbing only 23% of punches thrown at him.

Being the heavyweight champion brings an unprecedented amount of attention, something that Tyson couldn’t cope with. He ended up falling down a deep dark hole, which led him to abuse his body and mind, leading Fury to the brink of suicide. Most wouldn’t have predicted he could have made a comeback to competitive boxing. After losing 116 pounds he decided to make a comeback, and soon later he was due to fight Seferi. After a corner stoppage in between rounds, he started gaining momentum and after another easy fight, he was scheduled to fight the most fearsome puncher in boxing history- Deontay Wilder-. Wild by name and by trade, no one gave Fury a chance and believed he was past his prime. A comeback from the state he was in was unimaginable.

The fight came and yet another masterclass was displayed by The Gypsy King, Wilder often swinging through the air wildly as Fury danced around his opponent’s manic attacks. Until round 9 Fury was well on his way to winning decisively over Wilder, when a shot just behind the back of the year sent Fury down. It wasn’t a hard fall, but still a knockdown none the less. This wasn’t going to be the last knockdown of the contest however.

As Fury said, ‘you can’t go swimming without getting wet’ and he was about to get drenched. Wilder began piling on the pressure, knowing he was behind on the scorecards and at the beginning of round 12 connected with a huge straight right, left hook. Fury crashed to the canvas, seemingly unconscious with his head smacking against the floor, as Wilder -the biggest puncher in boxing history – danced around Fury’s motionless body. Jack Reiss, the referee, swept in and began the count. After lying unresponsive at 7 Fury rose seemingly unbothered and completely in control of himself. The referee resumed the battle and now Fury had 2 minutes to survive the onslaught of Wilder. The next 2 minutes prove why Fury is up there with the all-time greats. Wilder came in throwing everything at Fury, who remained calm and hit his counters. Wilder who felt the full force of the 256-pound man, was sent on the back foot and ultimately found himself holding on to survive the last moments. Eventually, the final bell rang and everyone knew the correct outcome, except two of the three judges whose opinion mattered. Fury was robbed of the greatest comeback in sporting history, and most wondered if Fury would be able to survive another bout with Wilder without getting slept.

With a rematch clearly looming Fury would take on Tom Schwarz. A young tough German prospect. In this bout, he showed relentless pressure and aggression leading to a spectacular knockout of his opponent in the 2nd round. It seemed to be a version that we had yet to see of Tyson Fury a credit to himself and Ben Davidson who he had continued to evolve under. Although Tyson demonstrated great offensive skills, he still proved his defensive brilliance being able to defend hands down against the ropes, slipping Schwarz’s haymakers. He came out the find unsaved and the new WBO inter-continental champion, but this was not the prize Tyson wanted.

Next, he would fight another top European opponent Otto Wallin. Not many people gave Wallin a chance, yet it ended up being one of the toughest of his career. Fury entered the contest as normal confident, and charismatic. He ended up weighing in at 254 lbs, one his career lowest since returning after defeating Klitschko. Many thought we would see an even more elusive and dynamic Fury at this lower weight. However, he seemed a mile away from his best. He seemed weak in the clinch and although dominated most of the later rounds, he uncharacteristically got caught with huge shots, especially over his right eye. The cut began spitting blood and it became a real issue, impairing his vision and enabling Wallin to drag him into a war. Wallin employed many tactics to try and get that doctor stoppage, rubbing the glove and head in the clinch to try and aggravate the cut. Fury dug deep and eventually won the fight.

Fury vs Wilder 2 was officially announced on the 27th of December, and after Fury’s last display not many gave him a chance. The thought for many going in was, Wilder has 12 rounds to land one shot, and he proved in his fight against Ortiz that he is prepared to be patient and give up rounds. Fury’s cut seemed to be a huge factor going into the fight as people believed Wilder would open it up with ease.

Fury’s father publicly criticised his son’s decision to go into his previous fight at the lighter weight and plead Fury to switch camp.

He moved to the legendary Kronx gym and would be trained by Sugarhill Stewart, the legendary gym who specialised in finding the finish. A style that many believed would get Fury caught and sparked out unconscious. Fury proved everyone wrong and decimated Wilder, but has he cemented his status as one of the best ever? He may have more to prove, but he has certainly achieved one of the greatest comebacks in sporting history.

Who is the best Heavyweight of this era? 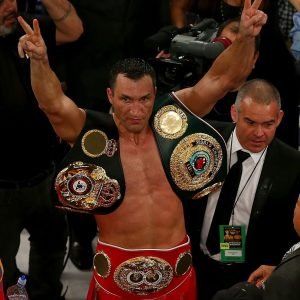 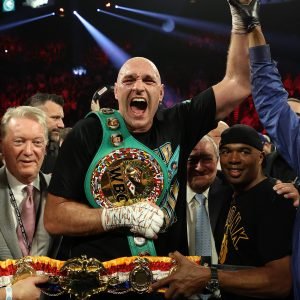 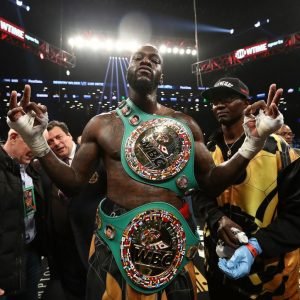 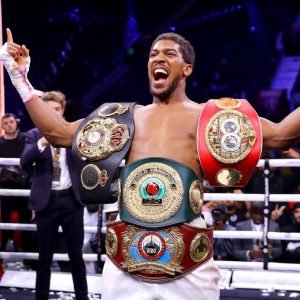