WBC heavyweight champion Deontay Wilder has announced on social media that he is fighting Luis Ortiz next, in a rematch of last years all-action brawl.

To all my fans,
I want to announce that Luis Ortiz and I have signed for a rematch, with… https://t.co/QVsMuRz2MQ (@BronzeBomber)

Wilder, 33, took to Twitter to inform the world that the fight is officially on, with rumours of the potential bout circulating in recent weeks.

The announcement hasn’t been without controversy however, with the fight now delaying any possible heavyweight unification between Wilder and fellow world champion Anthony Joshua.

Wilder is expected to face Ortiz in September, just under 18 months on from their 2018 classic, where the WBC champion would prevail with a 10th round KO.

In last nights surprise tweet, the Bronze Bomber partially explained why the rematch was taking place, claiming “all my controversial fights must get dealt with ASAP”.

Luis Ortiz (31-1) troubled Wilder throughout the fight, before ultimately succumbing to the American’s power.

A potential venue has also been muted for the bout, with Boxing Scene claiming the Staples Center – where Wilder controversially drew with Tyson Fury last year, is being lined up. 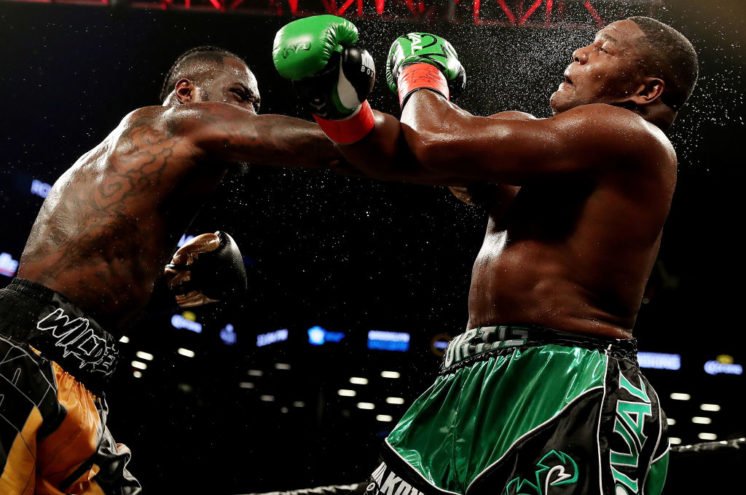 Wilder is fresh from facing the mandatory challenger for his WBC belt – Dominic Breazeale, whom he devastatingly dispatched in just one round.

This weekend, it is the turn of Wilder’s longtime rival – Joshua, to make his U.S debut, as the Brit faces Andy Ruiz at Maddison Square Garden.

A proposed fight between AJ and Wilder has been in the works for almost two years, but fierce animosity between camps of the two fighters has, for the time being, torpedoed any hopes of making boxing’s most lucrative fight.

Anthony Joshua, who holds four world title belts, made his ambition to make the fight very clear this week, telling Sky Sports, via Boxing Scene, that only he and Wilder should sit down together, without the interference of promoters, in order to get a deal done.

A destructive KO from AJ this weekend may just pile public pressure on Wilder to get the super fight sealed, with mandatory challengers in the horizon for both world champions next year. 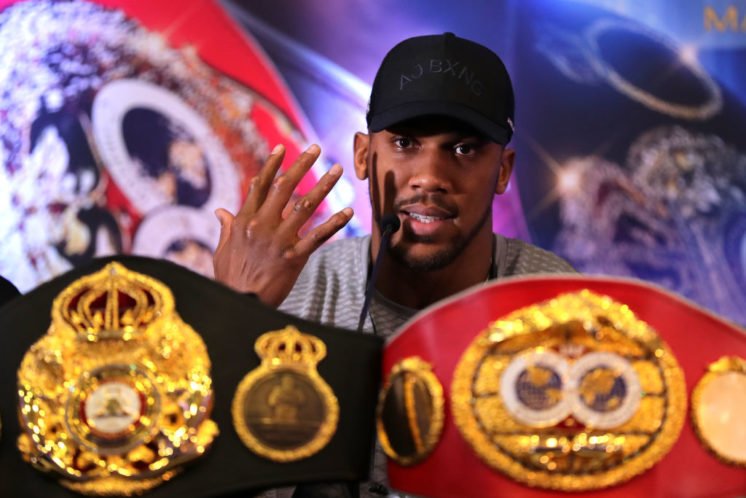 Fury, the third member of the so-called “big three” heavyweights, will be watching on keenly, as he prepares for his Las Vegas debut in two weeks time against German Tom Schwarz.

He and fellow British contender Dillian Whyte are expected to fight later this year for the WBC Diamond belt, and likely, for the right to become Wilder’s next mandatory challenger.

For Wilder however, the Ortiz fight presents an opportunity to deliver another spectacular knock-out, after a particularly closer first fight, where the Cuban had him troubled.

While it may not be the super fight fans were hoping for, if Wilder can come through the Ortiz challenge, it will surely be another step towards the holy grail of an undisputed clash with Joshua, or possibly, Fury.

As contenders continue to fall by the waist-side, the inevitability of a heavyweight blockbuster next year inches ever closer. All roads lead to 2020.