Anthony Joshua has spoken out after Saturday’s seismic contest between Tyson Fury and Deontay Wilder.

The Watford-native watched on with the rest of us as Fury and Wilder boxed out a ‘draw’; heavily contested by fans and pundits alike.

Wilder and Fury both laid into Joshua in their post-fight interviews, but it was one comment in particular that incensed AJ.

Wilder co-manager Shelly Finkel said that he was “interested” in seeing his man face Joshua next, after months of negotiation between his camp and Matchroom Sport failed to secure a fight this year.

Turning his attentions to the ‘Gypsy King’, the 29-year-old then said:

Anyway well done Fury! they wanted to get you because they assumed you was finished! I’ll give you a fair one when your ready! Either one of you!

Anyway well done Fury! they wanted to get you becaus… https://t.co/sIWsyEO6VI (@anthonyfjoshua)

Joshua ended his last contest against Alexander Povetkin in the seventh round, with a brutal TKO leaving the Russian sprawling along the Wembley mat.

The WBA, IBF, and WBO belt-holder will put his titles on the line again in April with another contest at Wembley, against an as-yet-unconfirmed opponent.

The bout was expected to feature the winner of Fury v Wilder, but the pair will now presumably require a rematch before sending a victor to face Joshua in an attempt to unify the division.

In the meantime, don’t be surprised if Dillian Whyte takes the chance to face off once against his London rival in the new year, provided he himself can ward off the challenge of Dereck Chisora. 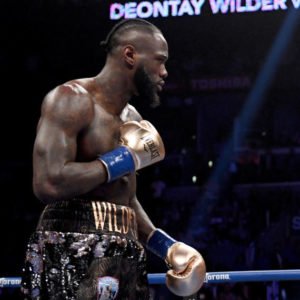 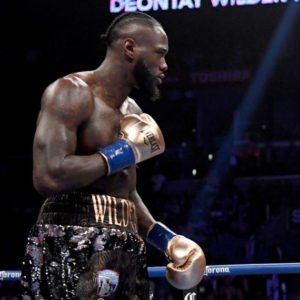