The highly anticipated bout between Deontay Wilder and Tyson Fury has recently been announced to take place on December 1 in Los Angeles.

However, before they meet inside the ring, both Fury and Wilder, who have been involved in a heated rivalry for some time, will be keen to get the verbal sparring underway as soon as possible. 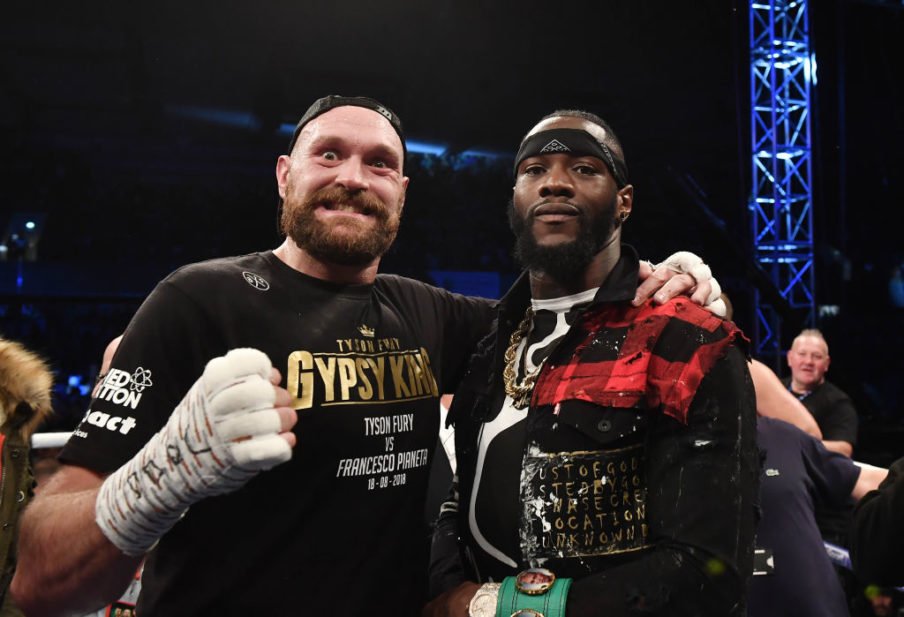 The pair’s first press conference ahead of the bout is set to take place on a 25,000-tonne warship in New York and fans wanting to watch the pair face off can do on the flight deck of the USS Intrepid, the Daily Mail report.

Both Wilder and Fury are undefeated, with the American winning 39 of his 40 fights via knockout, compared to Fury’s 19 KO’s from his 26 wins.

And whoever wins later in the year could set up a huge Wembley fight with Anthony Joshua in 2019, with the Brit defeating Alexander Povetkin earlier this month.