Former world heavyweight champion Tyson Fury has announced that he will face Francesca Pianeta in his second comeback fight.

Fury is set to feature on the Carl Frampton vs Luke Jackson undercard taking place at Belfast’s Windsor Park on 18th August. 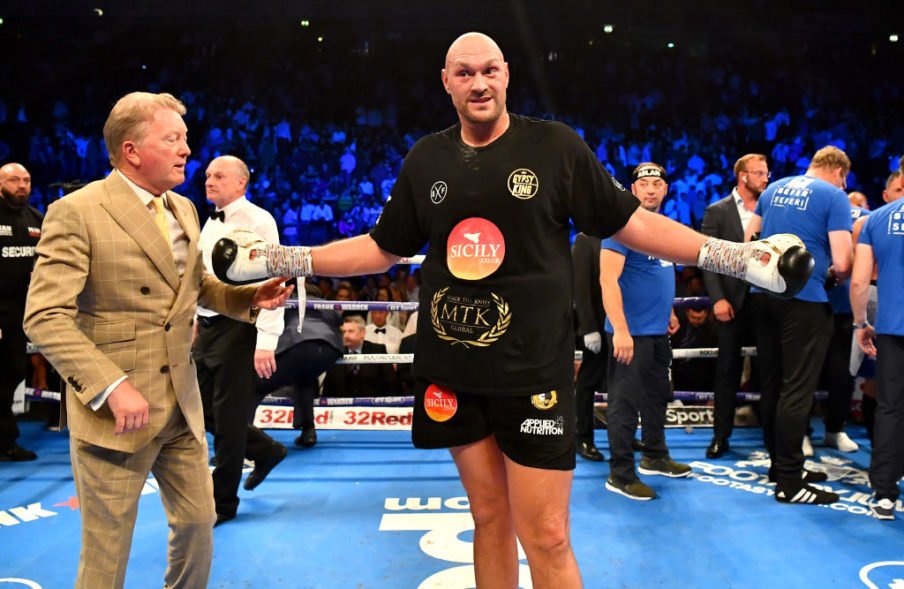 Pianeta (35-4-1) has made two previous world title challenges, losing to both Wladimir Klitschko and Ruslan Chagaev.

This opponent is a step up for Fury who faced Sefer Seferi in his first fight after a two and a half year absence from the ring.

Promoter Frank Warren is aware of the challenge Pianeta poses to Fury.

The Seferi fight is history and Pianeta is a far better operator than him. His level of opposition tells you that.

Tyson had been out of boxing for a long time and Pianeta is a good opponent for what is Tyson’s second fight back after his break.

Tyson had a short rest after Seferi, but is back in full-time camp ready for this challenge in Belfast.

He needs rounds under his belt before moving on to the next level and this fight will do that and make him work for his win.