Hughie Fury was defeated in his first world title fight after losing to WBO heavyweight champion Joseph Parker with a controversial win on points at the Manchester Arena.

Parker was the more aggressive fighter, but, technically, Fury was impressive working off his jab despite his opponent landing shots in the fight late on.

The New Zealand fighter was looking for the knockout and with an accidental clash of heads in the fourth, Fury was left with a cut above his eye.

There was a switch to southpaw by Fury in the fifth where he managed to land three right hands under Parker’s defence.

It was a similar story in round six, but, nothing from Fury was affecting Parker.

In the ninth, Parker threw a left hook which found its target, briefly leaving Fury desperate to cling on.

During the final rounds, the champion took advantage of Fury’s exhaustion by throwing countless punches, but, the cousin of Tyson Fury refused to go down and when the final bell rang all eyes turned to the ringside judges. 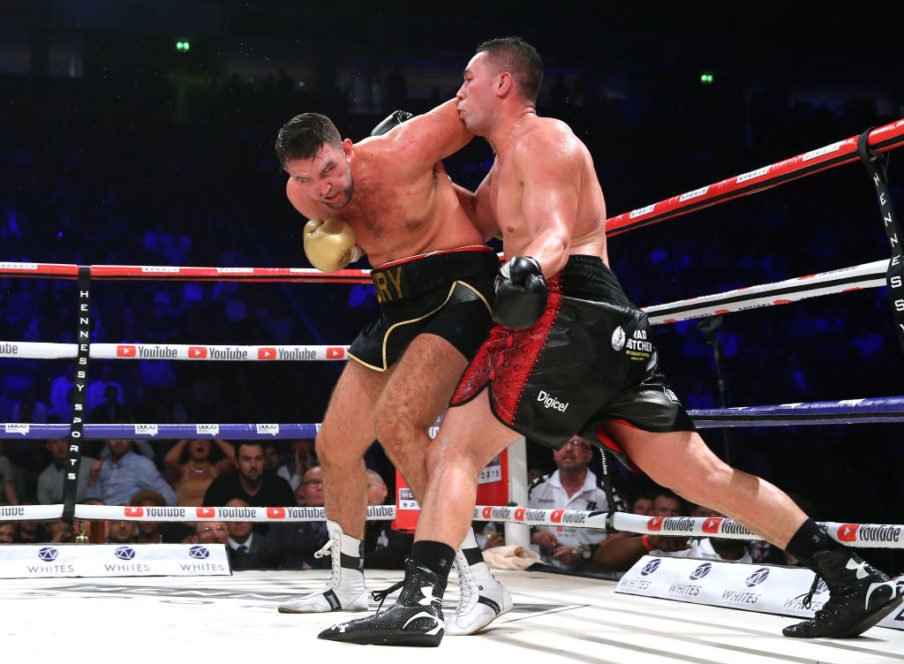 The scorecards were divided, one judge scored the fight at 114-114 while the other two scored in favour of Parker with their cards reading 118-110.

Despite a lot of punches missing, Parker did just enough work to stop his opponent from taking control of the fight.

Despite beating a credible opponent in the form of Hughie Fury, Parker’s first fight in the UK will not have sent a message to the other British heavyweights.